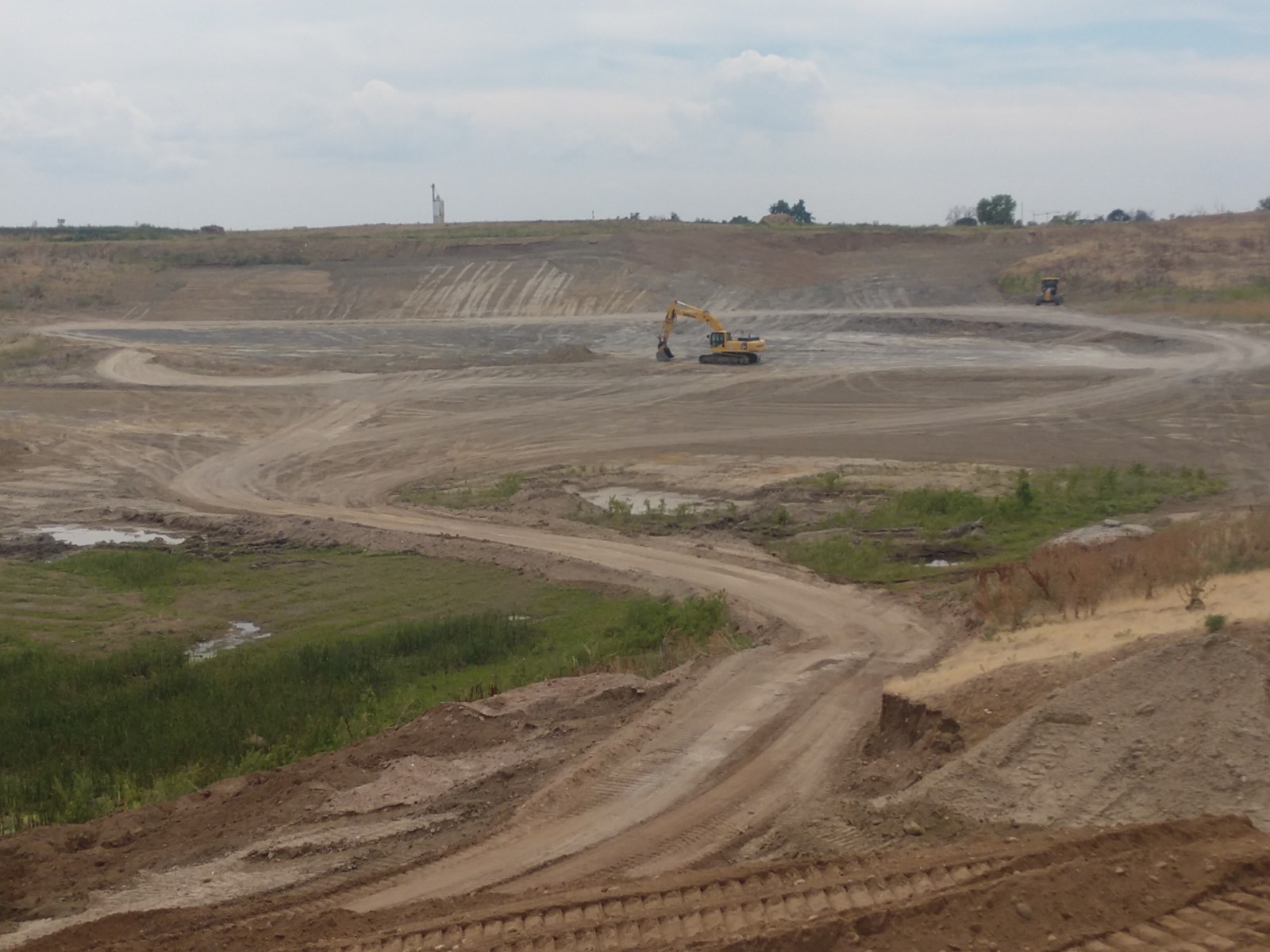 United Water and Sanitation District is in the process of converting an existing gravel pit to a water storage basin and associated pump station. This site, referred to as the North Cell, will be able to discharge to Barr Lake, South Platte River, and the owner’s South Cell, maintaining the inlet from the South Platte River across Brighton Road. After completion, the project seeks to pump from the North Cell site to South Cell and Barr Lake while also being able to fill the basin above the river elevation.
Fischer Construction leads this project consisting of procurement, construction of a deep wet well and pumping station, and site grading.
The project is in line with heavy civil components: clearing and grubbing; extensive excavating and surveying; hauling, placing, and compacting of material; constructing of a concrete wet well; below and above grade piping with manholes, gates, and valves; and installing of pumps, mechanical and electrical equipment, and the building.
In excavating 75’ below grade for the concrete wet well, Fischer Construction was presented with unique groundwater and bedrock conditions. Subsequently, Fischer Construction supervised a leading-edge pile and lag shoring system with soil nails for structural anchoring. In pouring the wet well, gang forms were utilized for the tank and lower level, accelerating the concrete scope of work.

What’s Left To Do?

Fischer Construction is committed to finishing the project safely, efficiently, and within budget. Remaining work includes pouring the mid and upper level decks, building installation with equipment, and a vast amount of site piping that ties into South Cell and Barr Lake.

Fischer Construction offered an alternative solution to the initial design of two pump stations by the engineer. Instead, one pump station will be constructed, able to pump to the South Cell and Barr Lake while conscious of the head pressure exerted by the river and groundwater.

The existing pump station is plagued by the silt buildup in the inlet pipes. In collaboration with the engineer, Fischer Construction developed a drain that was added for the owner to flush out the built-up silt brought in from the river. This ease of access will allow for improved operations and maintenance that would be otherwise difficult for the client at that depth.

Topcon GPS surveying has been utilized by Fischer Construction in supplying the engineer with existing site conditions and current grades. This has proved vital in the precision in the site’s earthwork and project timeline.

Keeping the current pump station running while undergoing active construction is a feat that exemplifies Fischer Construction’s project execution and coordination. Value engineering resulted in the successful tie in of new piping while also maintaining the existing water inflow.